WHEN HAVE YOU HAD IMMENSE COURAGE TO KEEP GOING?

Blog 34: Dec. 1997-April 1998—I watched a woman grab onto the railing at the YMCA in Berkeley, using it to stabilize her walk, which consisted of one step every minute. Her feet and legs were like those of a Raggedy Anne doll, hard to control and weakening below her.

Like her, I too had been swimming at the YMCA, and was doing what I could to regain my capacity to walk without pain. But the extreme limits and pain I had experienced since injuring myself in New Mexico more than a year ago, and since moving to Berkeley and the Bay Area of California, were bec 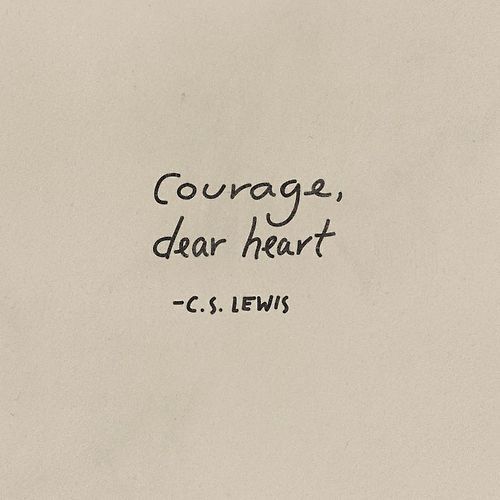 oming too much to bear—or at least until I saw this woman at the YMCA show me what true courage looked like. She helped me be grateful for what I had, even if it was little.

I had been living in a house full of depressed people in Berkeley (which probably included me) and was now seeking another place to live. But, with the high cost of living and limited options, I began to wonder if I’d end up moving back in with my parents in New Jersey. While searching out my options, I wrote, both in my journal and what later would become my novel. Writing became my refuge, and an attempt to clear the cobwebs of this jobless, debilitated place I was in.

I wrote: “Oh, Berkeley, your magical hills and your fog that rolls into the Bay enticed me for a while, until all the forces gathered these soul parts of mine into one unexpected stew. I came for life, and instead I got death. Though, love, at times, visited my bedside, reminding me of hope.

“My hunger has followed me out here and has nagged me into this sleep, an uncontrollable sleep. I so want to sleep now, to sleep and dream this story, with an ending that brings vitality and renewed hope for a life of love.”

WHEN HAVE YOU HAD IMMENSE COURAGE TO KEEP GOING?

Why go back in time? Why recount what has come before, when I am here, on the wings of grace with my novel Child of Duende: A Journey of the Spirit and its sweet reception?

Since January, I’ve been telling my personal story behind my recently published novel. Going back 20 years, I’ve been recounting the strands of thread that, bit by bit, wove the tapestry 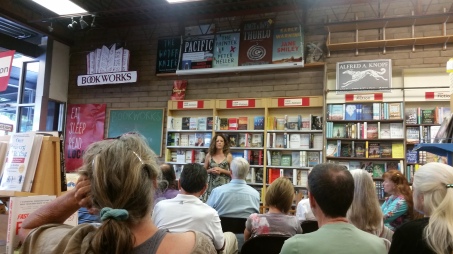 of my story of a magical girl in Spain, and another who finds her way back home through supernatural vines. But why go back in time?

I find the answer to my question when I offer storytelling events and gatherings where we can share that part of ourselves that longs to fly on the wings of grace and with a passion that is innately inside us all, even if only in the form of embers.

This past week I shared my story, both personal and of my novel, at a local New Mexico bookstore, Bookworks, and was not only blessed by a large turnout, but by people who told their own stories. They were stories of anxiety, pain, and feeling intensely. While we live in a culture that often seeks a light and happy tale, I have found that it is the ache and pain of being alive–and our willingness to feel it along with the joy–that allows us to ultimately to fly on the wings of grace.

So, as I prepare to continue my blog from where I left off-in California, broken and in pain–I bless every inch of this journey that has brought me to this place of freedom and aliveness. As I share in my storytelling and talks, and through my novel, it is “duende,” the spirit of the earth inside me, that has broken me into many pieces, so I could finally embody my life more fully and be the grace that I am. Thank you for all of it. 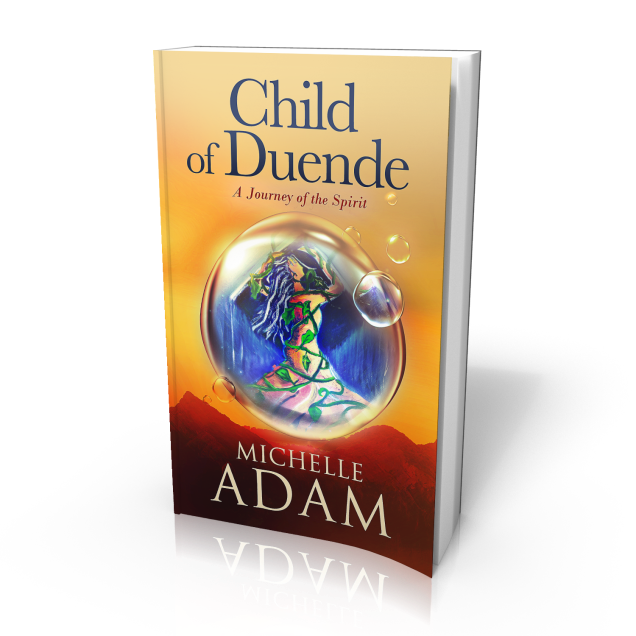 Journey of Spirit and Healing Blogs