BLOG 66: June, 2000—We’ve all traveled through portals to become whole at some point in our lives. Or so it seems, or seemed, during the summer of 2000, when I lived with Jean and her family on he 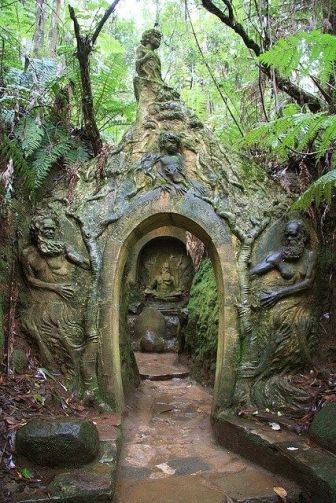 r New Hampshire farm, where I had committed a season to healing my hip.

When I refer to portals, I mean rites of passage, or some experience, often immensely challenging and horrific, which forces us to come face to face with our often unconscious fears. In making it through this rite of passage, we shed layers of all we are not, and make room for a new kind of freedom.

While this is what much of my life was about for five-plus years struggling to walk, one specific rite of passage occurred on a farm night in late June, after I had received one of various Reiki energy healing sessions. That night, when I had gone to bed, I couldn’t relax—let alone fall asleep—without being jolted awake by an overwhelming anxiety and fright residing in my hips and pelvis (in the area that I had originally injured while dancing years before).

When I finally fell asleep, it was to bird song and sunrise, and cars driving along the old New England road that lay several feet away from my second-story window. That’s when my nightmare began, revealing what was behind the fright I held in my pelvis.

When I sunk into deep sleep that early morning, I fell into an unsafe space. I was on guard, trying to protect myself, when a man approached me, and began to rape me from behind. I screamed and attempted to coax him away, to no avail. He continued and I screamed, until, sometime later, I was surrounded by a group of bearded men from India who,unlike the first man, were sitting there, encircling me in protection and support. They were angels of sorts.

What was unusual about this nightmare

is that it didn’t feel like a dream. My entire body experienced the trauma and fright, as if it were occurring in that very room I was in. There was no distinction whatsoever between reality and dream, and my body relived a trauma I had never experienced—or, at least, not in this lifetime. Yet it was real, as real as the pain I had lived in my hips.

It seemed the nightmare lasted for two or more days, although it was only for three to four hours. It was as if I were hallucinating or on a really bad drug trip. Toward the end of it, though, the building I was in began to collapse—its roof falling down upon me, and with it, hundreds of heavy stones, typical of medieval European monasteries. One of the bearded men surrounding me quickly rushed to my rescue, and, within seconds of a massive stone falling upon me, he pulled me out of the way toward safety.

I abruptly woke up. It must have been one o’clock by the time I sat up in bed, amazed to be alive. I would have died if it had not been for that one man who had saved my life. I was immensely grateful that I had made it to another day. To have been able to live through such a trauma in my body, and to make it to the other side, felt like I had survived one of the most challenging initiations ever. It was as if I had faced my own death and those hidden fears that had debilitated me for far too long.

To add to it, years later, when I was able to walk extensively, yet struggled with pain in my hips, an intuitive (psychic) woman recounted back to me the very nightmare I had

lived. This woman, Jodie Foster (no, she was not the actress!), told me that my hip pain had been connected to a past life, and went on to describe an incident of that lifetime that, detail by detail, mirrored my dream. I had been a 17-year-old girl living in southern France, she later said, and I had been raped inside a monastery before dying.

I share this story today because that nightmare in late June of 2000 was one of several I experienced as I received energy healing, and slowly healed my hip. I had never expected energy healing to be so powerful—to open up my body’s consciousness, and help me awaken and release layers of pain that held back my life.

It was remarkable to have traveled through a portal, an initiation of sorts, in which invisible realities dictating my life and my path became visible. In doing so, my sense of what was real and possible in this world of healing and living expanded greatly so I could become a more conscious human being. I had made it through a nightmare, through a journey to other worlds inside me, so I could come home and be whole.

My Novel, Child of Duende: A Journey of the Spirit, is about traveling through our nightmares to a place of renewed hope and joy. It’s available on Amazon at Amazon Page  or at www.michelleadam.net. It can be ordered at a local bookstore as well. Also, watch a brief video on “duende”, “the spirit of the earth”: YouTube

Journey of Spirit and Healing Blogs