BLOG 70: (reflections from July 2000 journal entries tied to my healing journey behind my novel)—The thunder rolled in, across the fields of high grass, along the old New England road outside my window. It arrived at where I sat, in front of my mesa, my Peruvian altar. Hail followed, and wind that soon turned into a vicious summer storm of late afternoon. 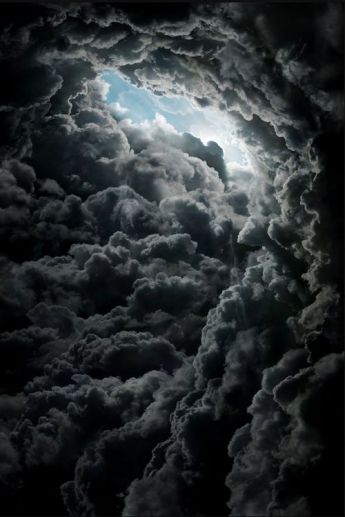 I had woken up late that day from a night of immense energy moving through me from yesterday’s energy healing session and was only able to fall asleep as the birds began to sing in early morning. When I did sleep, I sunk deep into dreams that unraveled the restlessness in my body.

In my dreams, I went up in a helicopter, and, at the same time, played with a helicopter in my hands. The little helicopter suddenly broke in my hands as the bigger one began descending, seemingly without engine. I prepared to save myself by rolling out of the helicopter as it touched the ground, before crashing. But it landed smoothly and I just walked out.

I observed the dream within the dream, realizing that there was no reason for me to fear crashing because the helicopter in my hand was not holding me—I was holding it and the helicopter holding me would land us both. I sensed that my own creation could break, but my life didn’t depend on my creation one bit as much as it did on the larger helicopter of life that is spirit, God, which guides us in our journey forward in the universe.

I felt a peace that came with knowing I could trust my own creations and choices in life to be held by the larger hand of spirit. Wasn’t life like that, inside my body, where a thunder rose from underneath my pain, to only reveal a peace thereafter?

As I sat meditating, listening to the storm, I surrendered to

it. I allowed the storm to be my body releasing all that sought to hail and thunder to the surface. At one point, I even lay down and allowed my heart to release its unease, its restless, ancient, unnecessary creations through my feet. And then it happened. A silence—the eye of the storm—took over.

This soft, silence illuminated the darkness of my room lit by a few candles as light broke through the storm. Without seeing its source, I felt it filter through the clouds and trees, landing on my mesa, my heart, my room. It was as if the light were everywhere, even inside me, as an internal light took over. I sat with the stones of my mesa—yellow, red, jaguar—and inside the silence, gave my love to each one. The calm that entered my body was like none I had ever felt.

With windows closed and house empty of sound, the absolute stillness was breathtaking. It came as a surprise—a deafening stillness that had nowhere to go but be felt by my entire body. All the breathing and releasing of my pain, of the storm, had found a center of stillness. In riding the storm, I too had arrived at stillness as the light shone from within that had always been there. It just needed to be shaken up to release the anger and noise that had covered it up.

I truly understood, as in my dream, that there was peace in the center, in the place where God, where spirit resides, holding us, even as our creations fall apart in our hands.

My Novel, Child of Duende: A Journey of the Spirit, is about awakening to spirit within. It’s available on Amazon at Amazon Page  or at www.michelleadam.net. It can be ordered at a local bookstore as well. Also, watch a brief video on “duende”, “the spirit of the earth”: YouTube Video