BLOG 58: January, 2000—I remember now where I was on the eve of this millennium. Do you? I was in Taos, New Mexico, in the mountains somewhere far away from civilization as the entire world braced itself for what we called “Y2K” (when all computers would possibly

shut down, and the world as we knew it).

As we all prepared for a Y2K disaster, I was in the middle of nowhere, drumming in the new millennium with my friend Eric Perry and others. I barely remember that time, other than the fact that I had flown out to San Francisco, CA, from my parents house in New Jersey, to pick up my car (I had left it there a few years earlier because I wasn’t physically up to driving it back East after becoming injured). Eric came out to California to drive my car—with me lying down in the back—on a journey East, or at least halfway to New Mexico, where he lived.

When Eric and I arrived in New Mexico, I helped him decorate his room and we visited Acoma Pueblo, a native village on top of a cliff set up for tourists to visit. Due to my long term injury I wasn’t able to walk  much, but enough to see this village and befriend a stray dog who followed us to our car. After the dog looked at us with longing eyes and a guard told us to take him—he didn’t belong to anyone, he said—Eric, who could barely take care of plants, became a dog owner. We named the little one “Acoma.”

the three of us were drumming away in Taos. Despite being out in nature, I remember feeling disconnected—even in Albuquerque where the Sandia Mountains that had once called me were. My body was still struggling to walk, and my soul questioning why I had stopped in the middle of the desert on my way to California almost four years earlier only to break myself and still be struggling. Why had I followed a spiritual call only to be broken and to feel disconnected from all that had initially connected me?

That year, 17 years ago, my father had called me to tell me he would fly out to Albuquerque to drive me and my car back to New Jersey, to my parent’s home.  I accepted and soon my car and I were back with my parents.

It was a strange place to be—in the same place, or worse, than I had been four years earlier. It was only later, when studying with one of my spiritual teachers, Martín Prechtel, that I would understand that space I was in. We’ve grown up inside this “empire,” he’d say, and we’ve learned to live with the empire mind. Yet, he’d explain, there’s another part of us, “the barbarian,” the one who’s wild, free, connected to nature, our nature, that wants to come home.

In a world where we have continuously fled, especially West, there comes a time when we’re forced to stop, he’d say, where we face “check mate.” Neither the Empire mind nor the Barbarian can move as they are in stalemate, seeing the other for the first time and determining how to make peace w 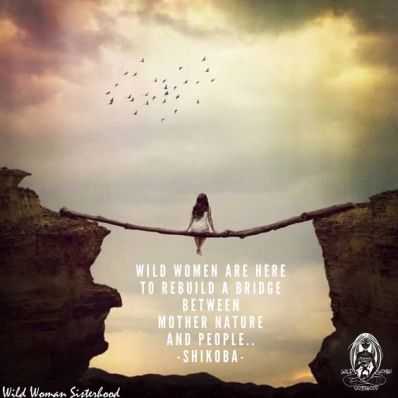 ith one other since both are a part of ourselves (my apologies to my teacher for not sharing this as eloquently as he did!).

As I look back, I see now, that I was in a place of checkmate, unlearning the parts of my mind that had imprisoned me while getting to know this Barbarian part of me that had rarely had a voice. Relearning a way of being, and making peace with what has been, can be long journey—one that isn’t just about this lifetime, but many before, tied to our ancestors and this long earth walk we’ve all made, I later realized.

Today I feel at peace, and I’ve become a beautiful woman who honors her soul’s path. But, I realize that this place of checkmate, this slowing down, and even being stuck for a while, is always with us. We live in a world that demands we keep up while drawing our attention with endless technological inventions and constant marketing. So coming home to the Barbarian part of us, to our freer, more connected nature, requires daily mindfulness. It requires we know that following our soul’s voice is a commitment, and a muscle we must exercise so we don’t become lost inside the hustle and bustle of this empire we live in.

My Novel, Child of Duende: A Journey of the Spirit, is a story of checkmate, of coming home. Check it out on Amazon: Amazon Page  or at www.michelleadam.net. Also, watch a brief video on “duende”, “the spirit of the earth”: YouTube Video