BLOG 57: November, 1999—The tiny white bird that had appeared as an angel had definitely been an omen. Peace and healing had flown into my life on its blue-tipped wings after two-plus years of healing from physical pain at my parent’s h 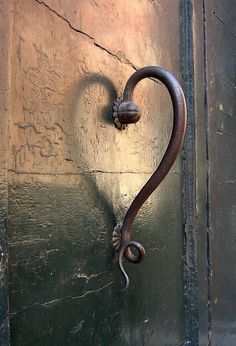 ouse in New Jersey. It was time for me to learn about the medicine of spirit that would become my life’s path.

In November, 1999, I was in New York City, taking a workshop with a Peruvian medicine man, Oscar Miro-Quesada. Everything in this world was available for me to be in relationship with, he had said, and it is through relationship that I can access spirit and the teacher and healer I am to become. My ability to love would be directly connected to, and completed affected by, my ability to follow my path as a teacher in this world, he clarified.

Oscar insights were new for the 30-year-old I was then—the one who, during my time in the U.S., had been raised in a material culture. We could give to plants and that plant’s spirit could give back to us in return, he had said. All I needed was to recognize that my love and light affected everything I touched, and in turn it affected me. What we love always gives back, he added, because the act of loving in itself opens us to receive, and in receiving we can trust and allow spirit to move within us.

Inside the hustle and bustle of New York City, Oscar Miro-Quesada shared a message that I have since learned well. Spirit moves through love, he had said, and love is light that reflects off everything it touches. Start with what draws you toward its beauty, he added, and then build gardens from there.

Oscar’s message of years ago was timeless. I especially felt the truth of his words yesterday, on Earth Day, as I awoke with a deep sense of love inside my friends’ home (I was cat-sitting for them). Every corner of their home is filled with furniture, artwork, and relics that they have brought here, to New Mexico, from practically every continent on this earth.

The intricate, indigenous crafting of life into form surrounded me with a sense of origin and love as I looked out toward the Sandia Mountains. It prompted me to think of my recently-deceased father, of his apartment in Argentina filled with antiques from Spain. I had cried so deeply when I had been with him there, feeling the depth of his love for the walls, the furniture, and life of his apartment that he would soon

leave behind. I sensed then that even the furniture and walls would miss him.

Memories of my father’s apartment soon
transported my mind back to my childhood in Spain, where the antiques of my father’s apartments had come from. It was in Spain that the land, her people, and her buildings had been intricately carved into eternity. It was there that I had felt an ancient love tied to origins. People back then, in the late-seventies, had yet to be the consumers that Americans had become; they had yet to see life as an end, as a place to get to. Life remained a relationship crafted with sacred reciprocity and love as Oscar had spoken about.

As I looked out toward the mountains from this place filled with ancient origins, I felt my love for Spain, my father, my ancestors, and their connection to the earth. My father’s apartment still carries his spirit and love so strongly that it’s as if he had never left. It breathes the breath of my ancestors and that place of origin that only comes alive when we love deeply the people, the land, and that in our homes that we have deemed inanimate in this world. This loving relationship to all that has taken form remains as an echo on this earth far beyond our death. It holds eternal life carved out by our love.

My Novel, Child of Duende: A Journey of the Spirit, takes place in Spain, a country and people with an ancient history still alive today. Check it out on Amazon: Amazon Page  or at www.michelleadam.net. Also, watch a brief video on “duende”, “the spirit of the earth”: YouTube Video