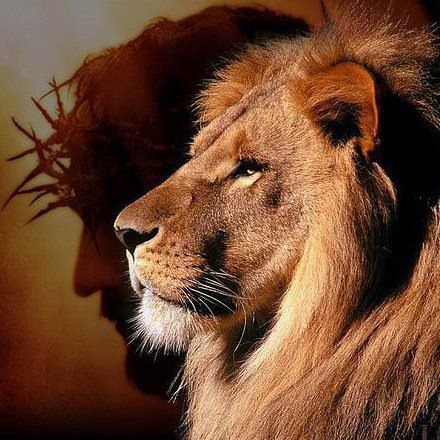 d dream with me: she was inside her house and animals began entering in droves, one after another. She became scared as they continued to come inside.

But then she saw a Lion—a wise, divine, and beautiful Lion drawing her away from her fear. Just ask for what you want, the Lion advised her, and she knew in that moment that she had to choose between her fear and the immense beauty and wisdom of the Lion. My friend took the Lion’s advice and her entire demeanor inside her dream changed. She faced the animals, and simply asked them, without fear or doubt, to leave. They did.

While my friend was deeply touched by the message of the dream, it seemed the energy of the Lion and its divine masculine way left its imprint on her soul. She was reminded, as we all need to be—especially in today’s challenging times—that we carry immense power and heart like the Sacred Lion, and that there is another way to be as we face personal challenges, natural disasters, climate change, and power-hungry patriarchal ways determined to kill us all with short-sighted greed.

When my friend shared her dream, I was surprised. It reminded me so much of my own dream of years ago, during the summer of 2000, when I lived in a farmhouse in New England, spending morning and nights healing, gardening, walking, meditating, and being with myself and God in nature. Just yesterday, I had begun writing about this dream, which, although devoid of a Lion, still held a similar message.

dream of August, 2000, I was shown a future like today’s and given insight into how we, as humans, need to approach intense challenges in order to unravel the mess we’ve made.

In my dream, I was with Alberto Taxco, an Ecuadorian Shaman I had translated for only months earlier. He was offering healing to several women. As I watched him perform these healings, I noticed buildings falling down in the distance, and a fire raging through the hills of what seemed to be San Francisco. An earthquake was quickly destroying the entire city.

Within seconds, everyone began running through the streets, including Alberto Taxco and these women, with me trailing behind due to my injured hip. A helicopter soon appeared and lifted Alberto and the women into the sky as I stood there, the fire quickly approaching as buildings continued to fall.

What happened next was amazing. Rather than run, I stood still—absolutely still—and breathed the whole scene in front of me into my entire being. I seemed

to surrender to it all, no longer needing to run, and instead became one with the fire. With this, the last building to fall did so only several feet away from me, followed by the fire, which suddenly stopped right before me.

Then, the scene within my dream changed to an earlier one, where I had learned about magic. I had been sitting watching a small canary-like bird and explaining to someone that if you can get the bird to surrender to you then you can carry the medicine of the bird with you. In this scene, the bird flew around me and I caught it in my hand without crushing it or holding it too long. It fluttered softly in my hands as it freely surrendered to me. I soon carried the bird’s magic because I no longer needed to chase it.

Carrying bird medicine, and knowing that I held within me the capacity to transform life, I returned to my dream of San Francisco. Those who had fled to the mountains of Ecuador with Alberto Taxco had returned. They were now in San Francisco and gorgeous stars filled the sky where the fire had earlier been.

When I pointed to the beauty that had replaced the disaster of merely minutes earlier, Alberto Taxco began to dance. He then approached me, and touched my right cheek ever so softly as a kind of ceremonial act, while, above us, two shooting stars fell from the sky onto the horizon of the earlier fire. Alberto smiled as he explained that I was the reason the shooting stars had fallen … that I had caused it.

I too smiled and woke up to write down my dream, and to remember, as I do now, telling this story, that there is power in standing still, in being the medicine that no longer runs from or fears disasters and messes of our lives, but absorbs, and holds a clear energy with what is in front of us so we can be the change agents that invite a new possibility of a star-filled night and shooting stars where once a fire may have raged…that in receiving and acknowledging with our hearts and whole beings what is in front of us, and no longer separating ourselves from the nature we are and are a part of, we can transform the chaos and unease of our lives.

Maybe in these challenging times, our place is to stand still and be of divine heart like the Lion… or be the wings of the bird, open, clear and knowing that, without doubt, we create our future, and that we, in our divine humanity, can be the future we envision.

My Novel, Child of Duende: A Journey of the Spirit, is about awakening this divine knowing within. It’s available on Amazon at Amazon Page  or at www.michelleadam.net. It can be ordered at a local bookstore as well. Also, watch a brief video on “duende”, “the spirit of the earth”: YouTube Video